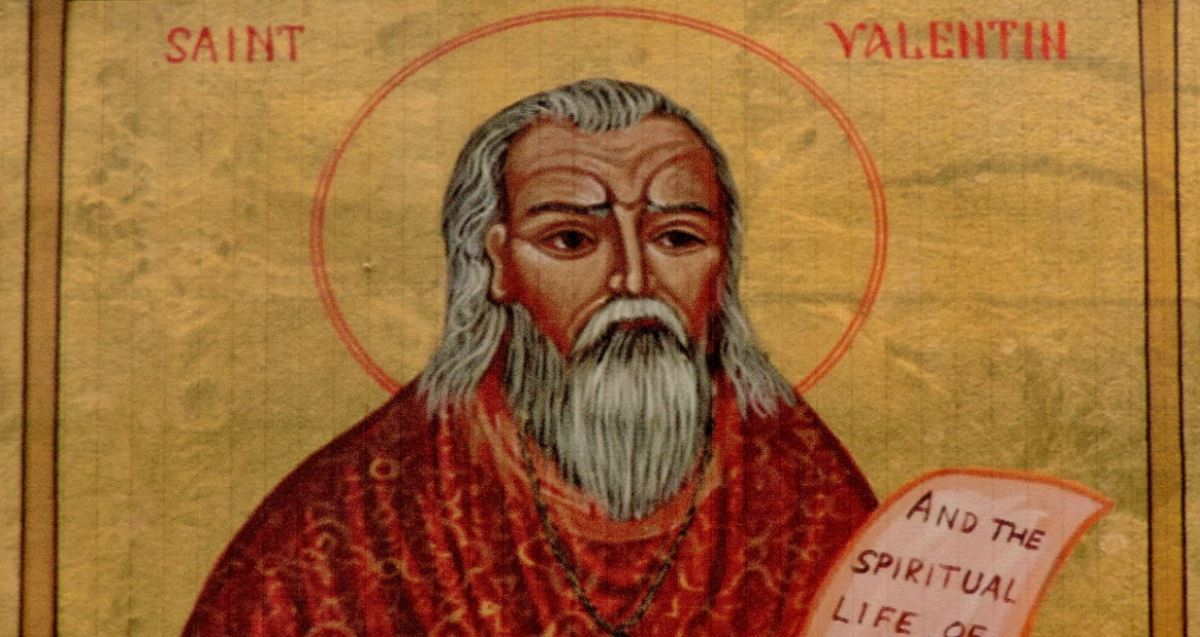 The French like to think of France as the epicentre of love. To be fair it has its claims. But on this supposedly most romantic day of the year, Cupid’s (or Eros’) big day out, we thought you’d like the chance to compare a Gallic Valentine’s Day, La Saint-Valentin, with your own.

But let’s start with the original legend. Valentine was a priest who married soldiers to their sweethearts against the wishes of the Emperor Claude II in the third century CE. Sentenced to death he fell in love with the jailer’s daughter and, the night before his execution, (supposedly on February 14th 270 CE) left her a love note signed ‘From your Valentine’. When the Roman Empire collapsed in the 5th century, Pope Gelase I sanctified him. 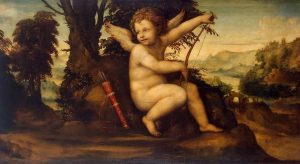 Cupid, the Roman God of love, who took over the role from the Greek, Eros. 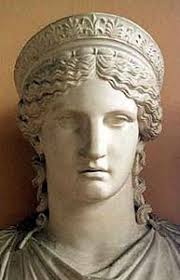 With regard to the actual date of the Saintly Valentine’s demise there are caveats. For in Roman times they celebrated a ‘fertility day’ in the middle of February. This honoured the deities Luperculus, God of shepherds, and Juno the Goddess of marriage. Alarmed at the power of this pagan festival and its concomitant shenanigans, the Pope decided to co-opt Lupercalia and change it into a Christian celebration to be held on February 14th.

Fast forward 1,500 years and the enduring power of love, pagan or Christian, can be seen in the way we still celebrate the tragic priest. In France it is pretty romantic – mostly it’s a thing for couples rather than singletons. Amazingly polls suggest that over 70% of French couples celebrate La Saint-Valentine, surfing on love’s wave.

As elsewhere in the world couples exchange romantic gifts although dinner and flowers are the main thing. It’s a good day to be a jeweller or own a restaurant, but chocolates only rank 9th on the list. 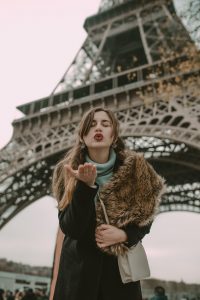 With Bissoux (French Valentine’s kisses) from all at Le Papillon

One thing the French don’t do is exchange cards – actually card giving in France is quite unusual for any feast or celebration. You’re much more likely to get a text!

The big winner in France is a village in the Loire called St. Valentin. The enterprising local Mayor renamed it ‘the village of love’, created a ‘Lover’s Garden’ and, year round, couples go there to renew their vows. In February the village holds a Valentine’s event lasting 3 days and celebrates big-time.

But at the end of the day Valentine’s in France isn’t really about commerce and gimmicks. It’s all about showing the person you love just what that means. And what’s not to like about that?

May the Lily be with you!
Today in Burgundy we’ll be holding the Fête du Muguet – the Festival of the Lily of the Valley. We hold it on May 1st, which is Labour Day here....
85 Likes

In France today there’s something fishy going
Some things are unique to France. Certainly it’s a very different sort of place when it comes to April 1st. They don’t have April Fool’s Day in the sense they...
61 Likes
This website uses cookies to improve your experience. We'll assume you're ok with this, but you can opt-out if you wish. Accept Our Privacy Policy
Privacy & Cookies Policy