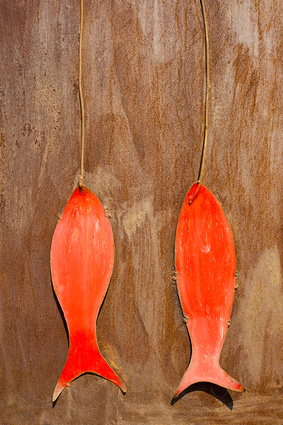 Some things are unique to France. Certainly it’s a very different sort of place when it comes to April 1st. They don’t have April Fool’s Day in the sense they do in America or the UK – although they do play practical jokes. In France April’s Fool’s day is called ‘Poisson D’Avril’ – it’s wonderfully eclectic. 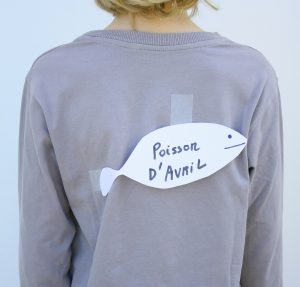 For those of you who are not French speakers Poisson d’Avril translates as ‘fish of April’. The practical joke of the day is to stick a cut out of a fish onto somebody’s back without them knowing. You might think that’s rather bizarre, but that’s the French for you. You can even buy little chocolate fish – although you eat those!

As practical jokes go today it’s pretty harmless, although less so than in the Middle Ages when they used to try to tie a real fish onto your back. On a warm day that could end up being more smelly than a red herring.

On Le Papillon we really look forward to April. It’s a time of change for us when fooling around with the boat has to stop. Boats are one of those things where there’s always something to tinker with, but we’re happy she’s all ship-shape for the coming summer.

Not that you’d think summer’s coming as we write this – we’re still having to dodge the March showers. Not that our wine-making friends mind. March showers bring April flowers and they’re looking for the vines that they’ve pruned back over the winter to wake up and come into bud. 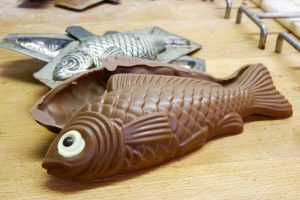 Currently we’re hostage to fortune to the jet stream – or as the French call it ‘le jet stream’. It seems to have taken a swerve to the south dragging down cold air from the Arctic. Pas de probleme par hazard – at least the chocolate fish won’t melt!

WHAT’S FRENCH FOR VALENTINE’S DAY?
The French like to think of France as the epicentre of love. To be fair it has its claims. But on this supposedly most romantic day of the year, Cupid's...
89 Likes

Introducing the two centre Franco-British Holiday
For most of our guests, getting to Burgundy means a long-haul flight. But here’s the thing – once you get here Britain is just an easy train ride away. So,...
98 Likes

May the Lily be with you!
Today in Burgundy we’ll be holding the Fête du Muguet – the Festival of the Lily of the Valley. We hold it on May 1st, which is Labour Day here....
129 Likes
This website uses cookies to improve your experience. We'll assume you're ok with this, but you can opt-out if you wish. Accept Our Privacy Policy
Privacy & Cookies Policy