May the Lily be with you!

Today in Burgundy we’ll be holding the Fête du Muguet – the Festival of the Lily of the Valley. We hold it on May 1st, which is Labour Day here. That makes it a National Holiday in France and really marks the start of summer for locals and we expats alike. 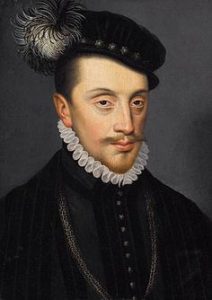 In a great tale of romance and history, the celebrations date back to 1561 when King Charles IX was presented with lily of the valley flowers on May 1st. Charles came to the throne after the death of his father, Francis II, who featured in our last blog about Chenonceau.

As his image suggests he was a suave sort of character and in subsequent years he did the same thing to all the ladies of his court to express his affection. It sort of passed out of fashion for a few centuries, but around 1900 the fête was resurrected.

Today it has become ‘de rigueur’ (obligatory) for French men to give their loved one bunches of lily of the valley or ‘muguet’ as we know them locally. It’s as important as roses for Valentine’s Day, or perhaps more so.

The synchronicity with Labour Day is actually coincidental – in 1919 May 1st was declared International Workers’ Day which, in turn, was renamed Labour Day in 1948.

THE LEAST TAXING DAY OF THE YEAR

As it’s a day off it’s not really taxing on your average worker, and it’s a time of much excitement and an opportunity to earn a little bit on the side. Muguet tend to grow in woodlands and hide-away places all across Burgundy, and it’s traditional for families to take their children to their favourite secret places to pick bunches to sell on the streets. This being France there are (of course!) special regulations that allow people to pick and sell the bunches of wild flowers. Not so typically, they are able to do so without being taxed – unusual for the French system to miss out on that one. Then again tax collectors get the day off too and perhaps simply turn a blind-eye. 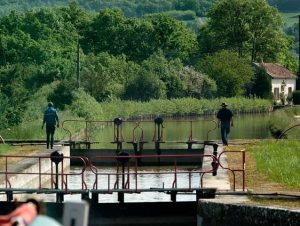 We see the muguet from Le Papillon, in the woods that line the banks of the canal, a gleaming white carpet (tapis blanc) that shimmers in the wind. Like many things in nature they seem to be at their very finest in the early morning under drifts of mist that rise from the water, or at dusk gleaming eerily under the tree trunks. When the moon is full it’s simply magical, like the Land of Faerie come to be reborn in Burgundy.

May 1st always feels like the beginning of something in Burgundy. Funny that they call it ‘Labour Day’ as nobody is doing any labouring! Except on Le Papillon of course where we’ll be busy as ever making preparations to receive our first guests. 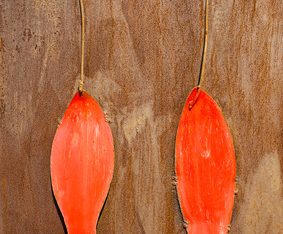 In France today there’s something fishy going
Some things are unique to France. Certainly it’s a very different sort of place when it comes to April 1st. They don’t have April Fool’s Day in the sense they...
80 Likes
This website uses cookies to improve your experience. We'll assume you're ok with this, but you can opt-out if you wish. Accept Our Privacy Policy
Privacy & Cookies Policy