FRED AND WILMA EAT YOUR HEART OUT 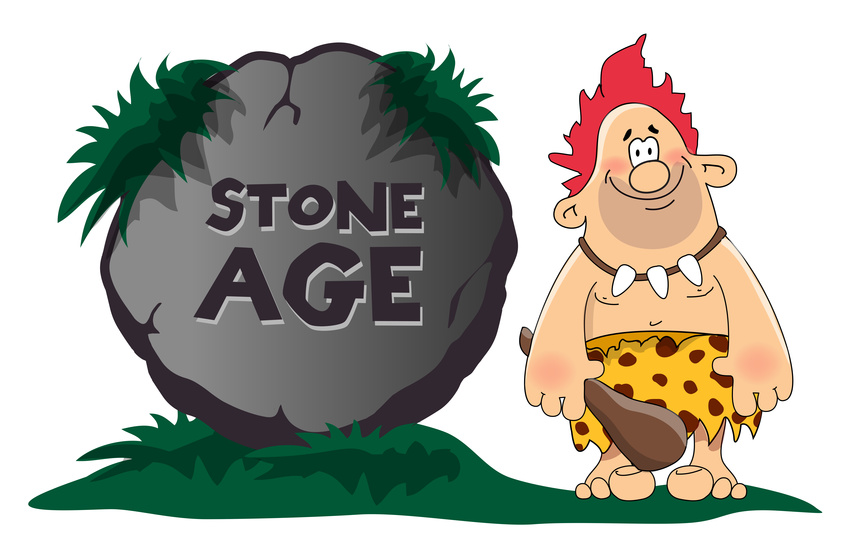 If you’ve ever wanted to discover your inner cave man or woman, or simply fancy finding out what life in a hole in the ground is like, then you’ve just got to come to the Loire Valley in France. Amazingly over 25,000 people in France live ‘comme les Troglos’ – which translates as ‘like cave men’.

WELCOME TO THE STONE AGE

No wonder that The Flintstone Movie did so well in Paris – where the name ‘Flintstone’ was translated into French as Pierreafeu – which sort of reverses back into English as ‘fire-stone’. On the basis that medieval man used to start fire with flint and steel perhaps that’s not a bad effort. Fred’s surname in France was changed to ‘Caillou’ or ‘pebble’, whilst Barney was reinvented as Arthur ‘Laroche’, so ‘the rock’. Plus ça change, the French like to keep things in the family. 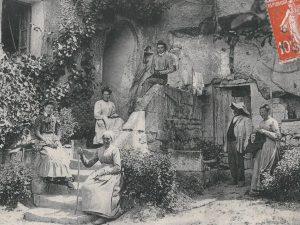 La Magnaneraie – back in the day

Just in case you ever wondered the series ran for 166 episodes. Or cent soixante six – as they say in a little village called Bourré, were we can take you to see a real live live-in cave dwelling called La Magnaneraie.

ROLL AWAY THE STONE

The main material used to build the very finest châteaux in the Loire, like nearby Chenonceau, is a rock called Tuffeau (not to be confused with Truffaut, who is a very famous French film producer who, just in case you were wondering, didn’t direct Rocky). It’s a local limestone characterized as a chalky or sandy, fine-grained rock, white to yellowish-cream in appearance, containing some white flakes of mica.

It would have been quarried in the hillside of Bourré then transported downstream with the current on the river Cher by barges. Once they reached the confluence with the Loire, they would hoist the traditional square sail and head on up the Loire using the prevailing westerly winds. 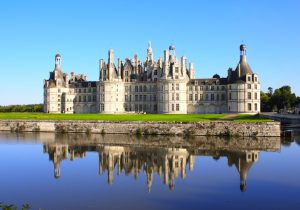 It took 5,000 barge loads of tuffeau, delivered over a forty year period, to build the Chateau of Chambord

The soft stone is extracted from numerous quarries and has made a major mark on the architectural landscape of the Loire and its tributaries. Perhaps even more fascinating, many of the remaining quarries have been turned into troglodytic cave dwellings – La Magnanerie is a perfect example and people live there today.

The word ‘Magnaneraie’ means a place where silk worms are reared, or ‘sericulture’ to give it a formal name. Silk was popular but hard to get hold of in 17th Century France and, after the stone had been quarried, the cavernous galleries left in the rock provided excellent conditions to breed and rear the worms. 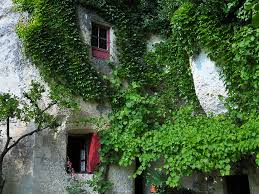 The business still goes on here today and people, known as troglodytes, live in the caverns too.

It’s really quite bizarre, but rather charming, and Nymphea docks close by every week and we come and visit – check it out here. You know what, we have to say it looks rather romantic – although perhaps more opt-out hippy than Fred and Wilma. 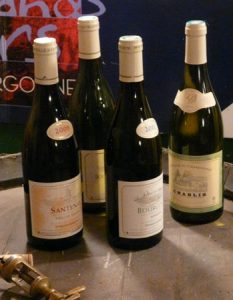 We’d like to remind those of you who live in the USA about our fantastic ‘taste of Burgundy’ wine offer courtesy of our good friends at Elden Wines. It’s a 12 bottle tasting case, either reds, whites or mixed. Already heavily discounted as an introduction, it normally sells for the incredible price of $275, including delivery. But we’ve managed to get the guys at Elden to squeeze another 5% off for friends and family – and the good news is that includes you! Just enter code FCBC5 at the checkout and click here for details of what’s in the case.

May the Lily be with you!
Today in Burgundy we’ll be holding the Fête du Muguet – the Festival of the Lily of the Valley. We hold it on May 1st, which is Labour Day here....
128 Likes
This website uses cookies to improve your experience. We'll assume you're ok with this, but you can opt-out if you wish. Accept Our Privacy Policy
Privacy & Cookies Policy