Why don’t the French French-kiss? 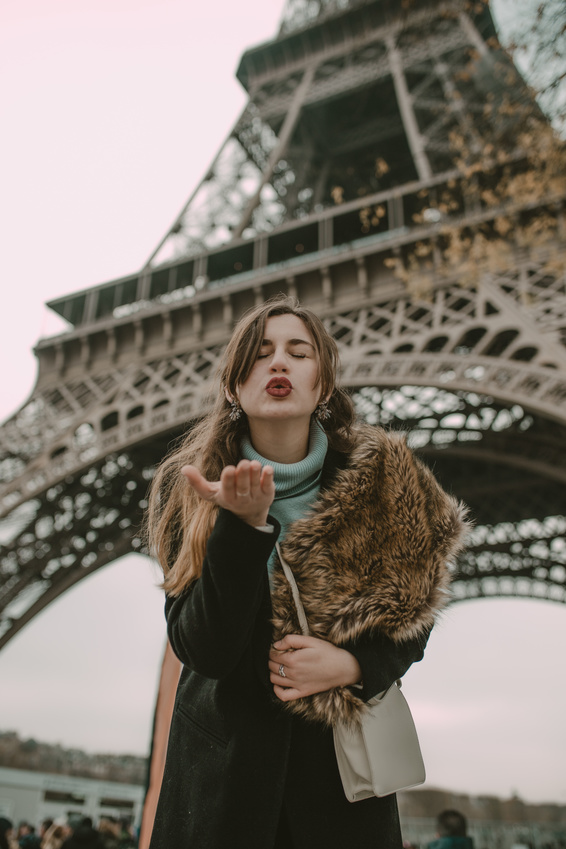 The French are legendary romantics. Indeed, Joni Mitchell sang ‘in France they kiss on main street’. So this week, with St. Valentine’s Day in the offing, we’re asking this question: why don’t the French French-kiss?

Certainly the French themselves make no nationalistic claims or copyright over passionate open mouth kissing. The reason it’s called French-kissing is much more to do with the English-speaking world, and Hollywood, thinking the French kissed more passionately. You Tube has one online tutorial on how to French-kiss passionately that has been watched by 24 million people – the actors are American (plus ça change, plus c’est la meme chose!) No wonder Debbie Harry’s rock-ballad French Kissin’ in the USA stormed up the charts in 1986. 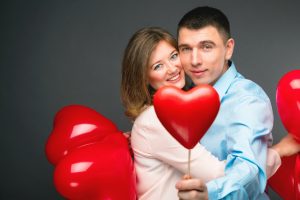 The whole world loves a lover

Actually, the nearest French equivalent is rouler une pelle which translates pretty literally as ‘roll a shovel’ – if that doesn’t leave a bad taste in the mouth we don’t know what does. Our French-Canadian cousins do have a word for it – in Quebec the verb frencher means to French-kiss. The French themselves finally got around to putting a word for it in their dictionary in 2013 – the term ‘galocher’ – which derives from the word for an ice-skating boot (galoshes!). Apparently it is supposed to evoke the idea of sliding around on the ice, or the lips and tongue. Just how weird is that?

The fact is, for all their supposed chicness and savoire-faire, the French do have a distinct capacity to be gauche. Although according to surveys 71% of French couples do celebrate Valentine’s Day – so perhaps romance isn’t dead. Certainly our local Burgundian restaurants do a good trade and champagne sales soar.

Bizarrely this year, St. Valentine coincides with Ash Wednesday, following directly on from Mardi-Gras, a French term meaning ‘Fat Tuesday’. It dates back to medieval times in France when Dukes and Lords would give a feast of meat for their subjects prior to the days of abstinence from flesh leading up to Easter (the term ‘carnival’ derives from the Latin for ‘empty of meat’).

They reckon the first Mardi Gras in America took place on March 3rd 1699, about 60 miles down-river from what became New Orleans. In the UK we call it Shrove Tuesday as it was a day of penitence when one went to church to be ‘shriven’. 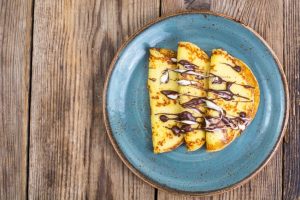 In Burgundy we’ll be eating crèpes with strawberry jam (although the kids prefer a chocolate spread called Nutella!). In the UK they eat crèpes too but call them pancakes and have them with lemon and sugar. The concept of the pancake was that it was a good way to use up fatty butter and milk.

The form of the pancake somehow got lost in translation crossing the Atlantic and the American iteration is an altogether more robust beast and daily breakfast staple. Then again if we had maple trees this side of the pond I think we’d eat stacks more. 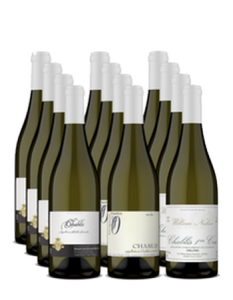 Seraphim and Cherubim of Chablis

One French thing you will want to get your tongue around, assuming you’re not giving up booze for Lent, is our Valentine’s wine of the week. Our expert Burgundian wine buddy Dennis Sherman describes it as being like ‘an Angel’s kiss’ on your tongue.

We’re talking about the wines of Chablis – and an unusual chance to be kissed by three angels as this is a mixed case of four bottles each of three of the finest producers working in the area: the Oudin sisters who are in the vanguard of the new generation, new kid on the block Fabian Dauvissaut and tried and tested professional William Nahan. These winemakers represent Chablis at its best.

It’s normally $360 a case including Ground Shipping. But look at the offer here enter FCBC10 at the check out and you’ll get 10% discount

Don’t forget if you really want a lip-lickingly good taste of Burgundy our introductory 12 bottle case is fantastic value. It’s already heavily discounted but enter FCBC5 at checkout for an extra 5% off.