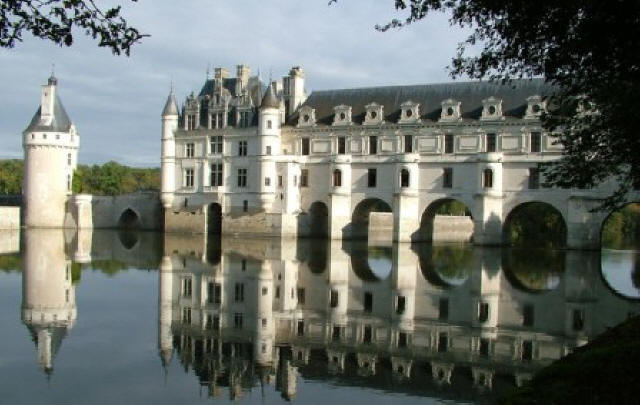 We’ve talked before about the Chateau of Chenonceau. Having just visited again this year, and seen it in its full Spring glory, we’ve refreshed our minds on the awe-inspiring list of owners since the 13th century – notables, nobles, Kings, Queens and mistresses, and even a chocolate millionaire (if you read our blog you’ll know there’s always chocolate involved in France!).

Quite simply, just in case you never get to see it, it’s worth a whole blog of its own. Appropriately in this year of women, it’s a great story that mostly involves absolutely incredibly powerful and fascinating females. This is a castle that has always enjoyed, and hugely benefitted from, a ‘woman’s touch’. We reckon the combination of history, romance and mind-boggling beauty make it the best castle in the world.

Chenonceau’s first claim to be the most fabulous castle in the world must be its location, soaring over the beautiful river Cher. The first castle was built at the back end of the 1200s by Jean Marques. He was something of a seditionist, so the Government burned it to the ground in 1412 to punish him. With typical Gallic phlegm he simply restored it, along with a fortified mill. Then, as is so often the case with family business, Jean’s heir Pierre suffered some pecuniary embarrassment and had to sell it. 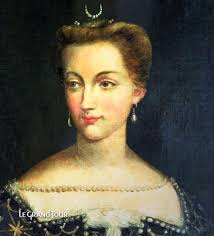 The site was acquired in 1513 by Thomas Bohier, King Charles VIII’s Lord Chamberlain. Once again, with the exception of the keep, it was flattened then rebuilt under the watchful eye of Bohier’s wife Katherine Briconnet, a noted society hostess who twice entertained King Francis 1. That proved something of a schoolgirl error – Francis seized the castle from Bohier Jnr. In 1547, and left it to his son Henry II who, in turn, gave it into the care of his mistress Diane de Poitiers.

Diane was unquestionably also a Mistress of Chenonceau – she commissioned the famous arched bridge that joins the Chateau to the far bank of the Cher. She also laid out the exquisite formal gardens, designed in four triangles, and planted orchards, vines and vegetable plots.

Talking of triangles Diane was simultaneously involved in a three-way deal with Henry and his wife Catherine de Medici – possibly the most powerful and notorious woman in medieval history. Catherine had long had her eyes on Chenonceau and the moment Henry cashed his ‘frites’ (after a jousting practice accident with the Captain of his Scots Guards) Diane was evicted. In exchange Catherine downsized and downgraded her to Chateau de Chaumont. 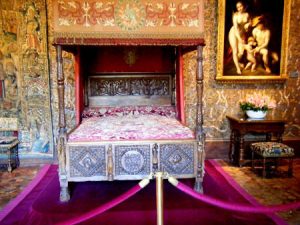 Catherine then lavished money and attention on Chenonceau, to the extent of holding France’s first ever firework party to celebrate the coronation of her son Francis II in 1560. She also turned the river bridge into a gallery, added rooms and extended the gardens.

When Catherine passed, the Chateau once again passed to a woman, Louise de Lorraine, Catherine’s daughter-in-law and wife of King Henry III. In a rather gloomy turn of the plot, it was at Chenonceau that Louise learned of her husband’s assassination after which she lived out her life dressed in black, roaming corridors hung with black curtains embroidered with skulls and crossbones. 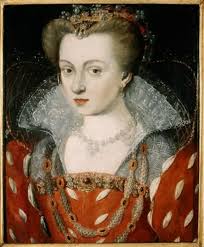 Yet another woman became chatelaine when Henry IV paid off Catherine de Medici’s debts and acquired the estate for his mistress Gabrielle ‘d’Estrées, by whom he had a son César de Bourbon, Duc de Vendome. The Vendome family retained the Chateau for 100 years or so until 1733 when it passed out of royal patronage – the new owner, a wealthy squire named Claude Dupin, bought it for his wife, yet another Louise. 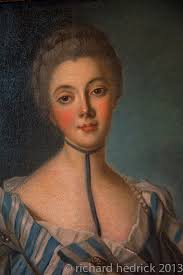 Louise Dupin was the daughter of an actress, herself had a fine sense of the theatrical, was a known beauty, and established a literary salon that attracted such noted authors and thinkers as Voltaire, Marivaux and Buffon. Jean-Jacques Rousseau was her secretary and tutored her son. Come the revolution, the now widowed Louise saved the estate and buildings from destruction as they offered the only bridge across the river for miles around.

1864 saw the final in a long line of chatelaines, Marguerite Pelouze (not to be confused with pelouse – which is a lawn!) who paid a small fortune to remodel large parts of the estate. History repeated itself, the money ran out and Madam Pelouze was obliged to sell, although she did have 27 years in residence. 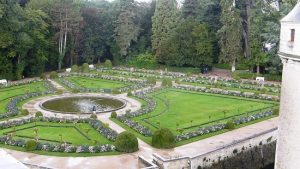 Around the turn of the century Chenonceau had several owners in short succession but finally, in 1913, it was acquired by the family who still live here – the Menier chocolate-making dynasty. It had an interesting period during the two world wars, being used as a military hospital, then the chapel was hit by an Allied bomb in 1944. Now happily restored to its former glories, it delights all our guests when we take them for a guided tour. Perhaps the most fabulous thing of all? Nymphea is the only hotel barge that can sail under the arches of that awesome galleried bridge.